The Tow Car Awards is run by Practical Caravan, What Car? and The Camping and Caravanning Club The Volvo V60 Plug-In Hybrid won the Green Award at the 2014 Tow Car Awards and, along with the Mitsubishi Outlander PHEV, proved that hybrids are viable tow cars 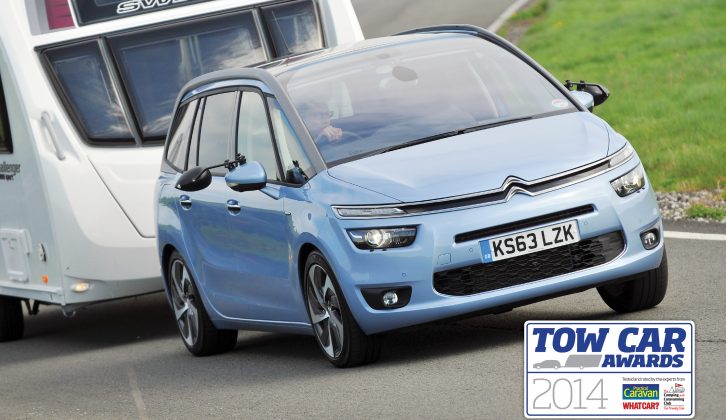 Our 2013 overall winner, the Skoda Octavia, was still a class winner in 2014, proving it is still an excellent choice Yet again, the Land Rover Discovery proved that if your pockets are deep enough, it makes for an excellent tow car The V6 diesel Jaguar XF Sportbrake was the best tow car in its class and is a very handsome option, too

The Tow Car Awards ceremony is always one of the highlights of my working year, and the 2014 event was no different. As you probably know by now, we announced our pick of the year’s best tow cars in front of an invited audience from the caravanning, towing and motoring worlds last Thursday. We also launched a brand new website that pulls all the Tow Car Awards information into a single, easy to find corner of the internet.

So what tow car was the overall winner for 2014? It was the Nissan Qashqai (specifically the 1.6 dCi 130PS Stop/Start System Acenta Premium, which is quite a mouthful). I was pleased the Nissan won. First and foremost it tows superbly. What’s more, it’s built up at Nissan’s plant in Sunderland, so the Qashqai is a British success story. I’m also happy to see a different car maker get a look in after several years of domination by the Volkswagen Group and Jaguar Land Rover.

Mind you, the usual suspects didn’t go home empty handed as we searched for Britain’s best tow car. The Jaguar XF Sportbrake won its weight class for the second year in a row, while the Land Rover Discovery became the most successful car in the event’s history. By winning the 1900kg+ category it has now won its class seven years out of eight, as well as being the overall winner in 2010. The Discovery’s closest competition came from just across the showroom floor in the form of the Range Rover Sport. It really is a stunning car to drive, with or without a caravan in tow.

There was a close fight among the smaller tow cars, too. For the second time we included a special award for the Best Ultralight Tow Car. It came down to a fight between the Renault Captur and the Dacia Logan MCV. In the end we decided the £16k Renault was worth the extra over the £11k Dacia, but for trailer-tent owners on a budget, the Logan MCV has a lot going for it if you’re wondering what tow car to buy.

Strength in depth was one of the themes of 2014. Take the 1400-1549kg class, won by the Nissan Qashqai. It was pushed hard all the way by the Skoda Octavia Estate 4×4, which combines the practicality of an estate car with the all-weather ability of four-wheel drive. Hot on the heels of these two was the Citroën Grand C4 Picasso, a worthy winner of the Best MPV title.

Another highlight was the emergence of plug-in hybrids as serious tow cars. We tested two: the Mitsubishi Outlander PHEV and the Volvo V60 Plug-In Hybrid. Both were shortlisted for the Green Award. The Volvo took the prize, thanks to an unbeatable combination of pace, stability and economy. To drive a car which is able to pull a big twin-axle caravan at 60mph on electric power alone – albeit for short periods – really is something.

Like the other cars considered for the Green Award, we took the Volvo around a 29-mile route of A-roads and motorways measuring economy with the help of What Car?‘s True MPG team. We towed around the route twice: once with the battery fully charged and once with it drained. With a full battery the Volvo achieved 44.9mpg, and it still managed 29.6mpg towing with the battery discharged.

With the pace at which the technology is improving, I think there’s a strong chance that a plug-in hybrid will win the Tow Car Awards within the next five years.

I look forward to finding out.

In the meantime, make sure you check out our brand new Tow Car Awards website for the low-down on all 2014’s winners and in fact every car we’ve tested since the awards were launched back in 2007. There you’ll also find our Tow Car Chooser, helping you find your dream tow car. And enjoy our Tow Car Awards winners video on our YouTube channel.

I was pleased the Nissan won – it tows superbly and as it is built in Sunderland, it's a British success story