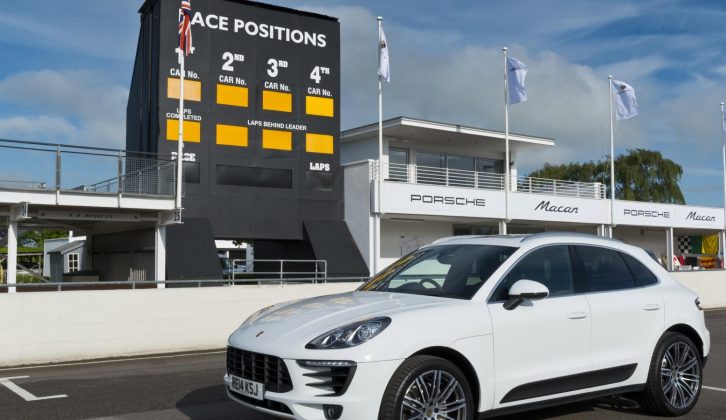 If you’re considering what tow car to buy next, as strange as it might sound, if you can afford it, should a Porsche be on your short list?

The Porsche Macan is the German sports car maker’s rival for the likes of the Range Rover Evoque, and a smaller brother for the Cayenne 4×4. It’s a car that, without having driven, I’ve found easy to dislike.

Now I know that as a journalist I’m supposed to be unbiased, but I’m thinking as a car enthusiast rather than a car tester. I have some sympathy with those who feel that an SUV isn’t a proper Porsche, and that a sports car maker should no more build a 4×4 than Land Rover should make a sports car. But the commercial reality is that there’s a lot of money to be made from Porsche SUVs, and for a business to survive and prosper it has to make a profit.

So I had mixed feelings when the Macan arrived to test a few days ago. Someone handing you the keys to a Porsche with a full tank of fuel is always a good moment, but I wondered whether the Macan, however good it might be, could win me over.

Again, it seems an incongruous thing to write about a Porsche, but the Macan has the makings of a very good tow car. For one thing, it’s loosely based on the Audi Q5, and that car tows very well indeed.

Porsche quotes a kerbweight of 1955kg for the S Diesel including 75kg for the driver (there are also petrol models available if you have deep enough pockets to pay for the fuel). That gives an 85% match figure of 1662kg. The legal towing limit is 2000kg.

The engine has 254bhp and 428lb ft of torque, enough for very impressive performance even with a car weighing the thick end of two tonnes. Porsche claims a 0-62mph time of 6.3 seconds, and according to the official figures that’s matched to very good economy for such a quick car (46.3mpg on the combined cycle).

It’s the way the performance is delivered which really stands out, though. The 3.0-litre V6 diesel is exceptionally smooth and quiet, noticeably more refined than the engines in rivals from BMW and Land Rover. The seven-speed PDK ‘box shifts cleanly and quickly, and paddles behind the wheel let the driver take over gear selection if preferred. Any suitably matched caravan should be towed with ease.

The way the Porsche Macan rides and handles is every bit as impressive as its performance in a straight line. Or at least, it is when the car is fitted with the optional air suspension, which will set you back an extra £1789. Despite having huge 21-inch alloys (an astonishing £2671 over the standard 18-inch wheels), ride comfort is surprisingly good. Porsche Active Suspension Management (PASM) is included in the price of air suspension, and it allows the driver to switch from ‘Comfort’ mode to ‘Sport’ and ‘Sport Plus’ for even better control at the expense of a firmer feel over bumps.

Cars with excellent body control in solo driving often turn out to make very good tow cars, and I’d be surprised if the Porsche Macan didn’t prove just as capable as an Audi Q5, BMW X3 or Range Rover Evoque with a caravan behind it. In fact I suspect the Macan could prove the best tow car of these prestige-badged mid-sized SUVs, and if Porsche fits a towball to one I’d be happy to find out.

Such excellence doesn’t come cheap, though. The Porsche Macan S Diesel costs £43,300 in standard spec, which isn’t especially generous. Choose the same extras fitted to our test car and the price rises to an astonishing £64,705.

Keep a lid on the box ticking when filling out the order form, though, and the Macan is quite a car. I still don’t like the idea of a Porsche SUV, but when the execution is this good, I’m slowly being won over.

I wondered whether the Macan, however good it might be, could win me over