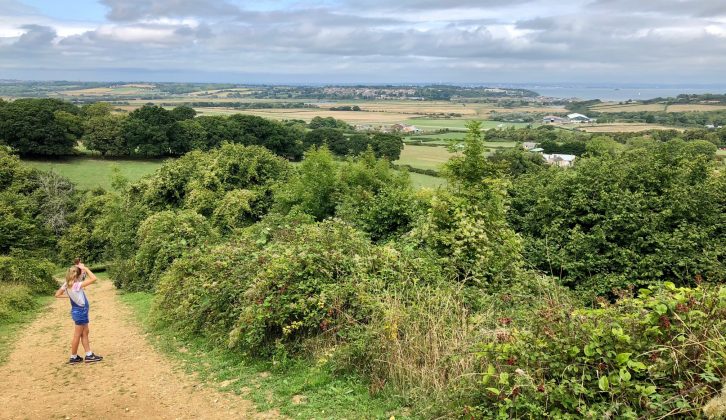 It’s often said that the Isle of Wight is England in miniature. This is certainly as pleasing a view as you’ll see on the mainland Beaulieu Village, the Motor Museum and Buckler’s Hard make an ideal day out during your caravan holidays in Hampshire When you visit Hampshire, make sure you take time to explore the wilds of the New Forest National Park, as Practical Caravan’s Bryony Symes and Clare Kelly did recently Russet-coloured wild ponies roam freely through the New Forest, so go slowly once you’ve driven over the cattle grids and expect foals to be sunbathing in the road! You must visit The Needles when you go on caravan holidays in the Isle of Wight – as well as seeing The Battery and lighthouse, you can enjoy fairground attractions and a boat trip from Alum Bay to get the best views of the rocks Never mind London, Winchester got there first. Roman origins they both might have, but Winchester was England’s ancient capital long before London, made great by King Alfred the Great. His Anglo-Saxon centrepiece has stood the test of time, with a magnificent cathedral at its heart – climb the tower for magnificent views across Hampshire.

Indeed, there is greatness all around when you’re looking for a caravan holiday in Hampshire. The county boasts two National Parks within its boundaries: one claims to be ‘new’ but isn’t, while the other really is Britain’s newest national park.

In the west of the county is the New Forest National Park. Created as the hunting playground for William the Conqueror, ‘new’ it is not, but its great swathes of ancient woodland interspersed with open heaths provide residence for more than 4000 ponies, cattle and deer roaming free. You’ll see them wandering about the many campsites that dot the Park. And the New Forest National Park really is a great place for a caravan holiday. While there are some independent campsites, you’ll find many sites within the Park are run by Camping in the Forest, with ‘back to nature’ relaxed and informal camping beneath the trees.

Hampshire’s significant ‘other’ is The South Downs National Park, which it shares with neighbouring West Sussex. Created in 2009, the Downs provide fabulous coastal views and superb walking. Indeed, the 101-mile South Downs Way runs the length of the Park from Eastbourne in Sussex to Winchester.

For some ultra-pretty countryside, though, think about a visit to Hampshire’s Test Valley. The gloriously clear river is considered one of the world’s finest for trout fishing and it’s surrounded by tranquil water meadows and rolling chalk hills. You’ll also find some of Hampshire’s prettiest villages, the delightful town of Romsey and superb places to visit such as Broadlands, Houghton Lodge Gardens and Mottisfont, a National Trust property whose rose gardens are the talk of summer.

No visit to Hampshire would be complete, however, without a visit to Portsmouth. On a promontory jutting out between two giant natural harbours, the city boasts a vast naval heritage for all to see: the first warship of the Navy, Henry VIII’s Mary Rose, is ‘docked’ in Portsmouth Historic Dockyard alongside other great warships – Nelson’s HMS Victory from the Battle of Trafalgar and HMS Warrior 1860, the world’s first iron and steam warship.

For a magnificent birds-eye view of all the ships in harbour, the Solent – one of the busiest waterways in the South of England – and the Isle of Wight, climb the sailing-high Spinnaker Tower. Cross the glass floor for vertical views, if you dare, or opt for the less death-defying feat of coffee and cake at Café in the Clouds.

Once you’ve spied the Isle of Wight from the numerous viewpoints along the coast, you might want to step onto the Isle. You won’t be the first – dinosaurs got here a long while ago, leaving many a ‘paw’ print in the sand for intrepid 21st-century explorers to look out for. Other attractions on this ‘Mini-Britain’ island, which seems to have every kind of British landscape all-in-one, include the attractive seaside towns of Shanklin and Bembridge, Yarmouth and East Cowes, where Queen Victoria liked to come for her hols. She, however, didn’t opt for a caravan, rather staying in the opulent Osborne House, open to the public.

For natural wonders of the Isle, don’t miss out on the iconic Needles, the sweeping chalk cliffs of Compton Bay or indeed the vast sandy beaches of Sandown Bay. However you visit, the island is a great place for cycling and walking.

1.Go horse riding in the New Forest! With more than 3,000 New Forest ponies roaming the National Park, you’ll feel perfectly at home in the saddle. A hack along the peaceful bridleways beneath the trees and across the heaths are a fabulous way to discover the landscape, and with a dozen or so equestrian centres and riding schools, you’ll find plenty of opportunities.

2.Experience the golden age of steam on the Mid-Hants Railway Watercress Line. You might wish to dine in style with a four-course silver service dinner or a traditional Sunday lunch on the move. Or simply explore the stations of yesteryear along the railway between Alresford and Alton.

3.Take a wander along the shingly Hurst Spit, a coastal nature reserve. The spit extends 1½ miles from Milford-on-Sea and once you’re at the very tip, you stand just ¾ mile from the Isle of Wight. There are impressive views of the Isle from the central keep, when you visit Hurst Castle, built by Henry VIII and where King Charles I spent some time before heading to London to have his head lopped off.

4.Visit the home of one of Britain’s best-loved authors, Jane Austen. The Jane Austen House and Museum are situated in the pretty village of Chawton, near Alton. The charming brick cottage is where Jane spent the last eight years of her life and wrote and revised such great novels as Emma and Northanger Abbey.

Whichever element – air, water, earth or fire – you are naturally drawn to, you’ll find it one way or another at a Hampshire event. It might be fire-eating at the Winchester Hat Fair (July), Britain’s longest running festival of street arts, or watching colourful loop-the-loops at the Portsmouth Kite Festival (August).

You might opt for the flotilla of boats and the accompanying social scene of Cowes Week during August or be attracted to the lie of the land with Broadland’s Romsey Show (September), one of the oldest agricultural shows in England. Your idea of dress sense may be limbering into a wetsuit at the Gosport Marine Festival (September), a participation watersports event in the UK, catering for ‘have-a-go’ novices and intermediate enthusiasts. Then again, you may be more of a bonnet and fan kind of gal and top hatted gentleman in which case the Jane Austen Regency Week (June) is for you.

And if you want something downright daft and you’re in need of boosting your five-a-day, well, consider entering the World Watercress Eating Championships at the Alresford Watercress Festival. The town is the capital of this nutritious snack.

Hampshire is served by the M3 off the M25, but can also be accessed using the A35 and A303 from the west and the A34 from the north. Running along the south coast, the M27 provides quick access to Portsmouth, Southampton, the South Downs and the New Forest. The A3, crossing north to south through the South Downs National Park, is picturesque and much of it uses dual-carriageways.

Minor roads in Hampshire are all perfectly accessible. Extreme care should be taken within the New Forest where you should expect to see livestock on the road. There is a 40mph speed limit throughout much of the area.

Access to the Isle of Wight is via Lymington and Portsmouth using Wightlink or Southampton using Red Funnel Ferries when towing a caravan. Both companies often provide ‘ferry and campsite’ or ‘caravan goes free’ special offers. For those pitched up on the mainland wishing to take a day trip to the island, fast speed foot passenger services operate from Southampton, Portsmouth and Southsea. A trip on the Isle of Wight Hovercraft is a thrilling way to travel!

Roads on the Isle of Wight are fine for towing; though watch out for a narrow and twisty section of A-road between Ventnor and Shanklin on the southeast coast. For one of the best coastal views, follow the Old Military Road (A3055) from Freshwater to Ventnor, hugging Compton and Brighstone Bays.

The good news is that there are lots of good caravan parks in Hampshire and on the Isle of Wight. For some of the best campsites in Hampshire take your pick from the Top 100 Sites.

Enjoy your caravan holidays in Hampshire – and if you want some more inspiration, be sure to check our guide to the best caravan parks in the UK!

10 great campsites with pitches for pooches

Climb the tower at Winchester Cathedral for magnificent views across Hampshire