FOLLOWING A SUCCESSFUL debut at Motorhome and Caravan 2012, the Swift Challenger Sport and Sterling Eccles Sport ranges are growing to meet customer demand.

The justification for the models is clear, says Commercial Manager Nick Page.

‘The new ‘Sport’ range was an instant success at launch… These new layouts now bring the widest possible choice to anyone looking for a new tourer that is lighter, more affordable and offers a market leading design’

All the new models will be unveiled for the first time at the Caravan and Motorhome Show at Event City in Manchester on 19-22 January. They will also be on show at the Motorhome, Caravan and Camping Show at Excel, London on 14-19 February 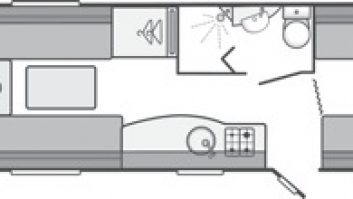