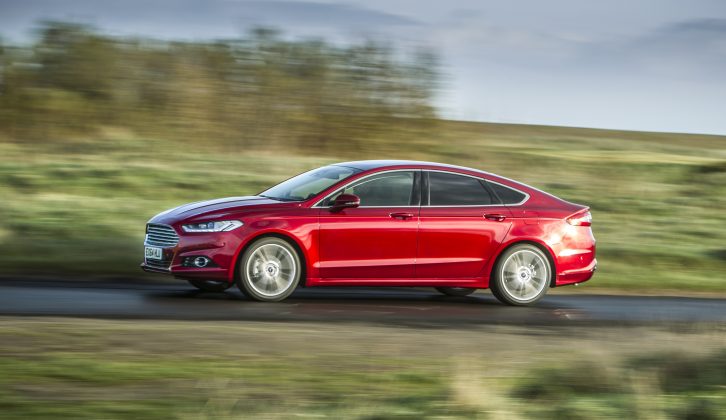 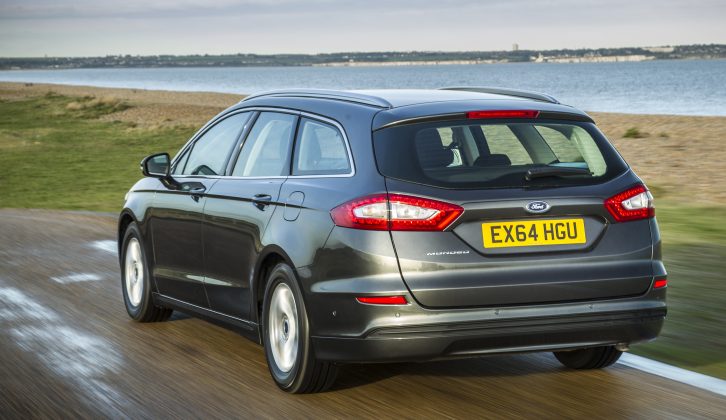 Hatchback, saloon and estate bodystyles of the new Ford Mondeo are being launched simultaneously Inside, the new Mondeo’s cabin is well built and passengers get a lot of space, useful for long drives on caravan holidays 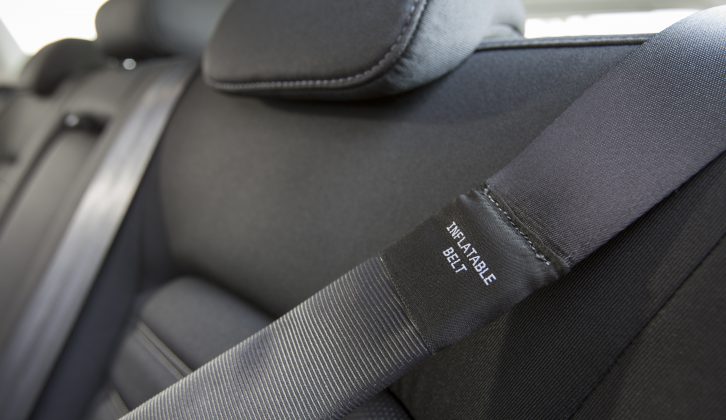 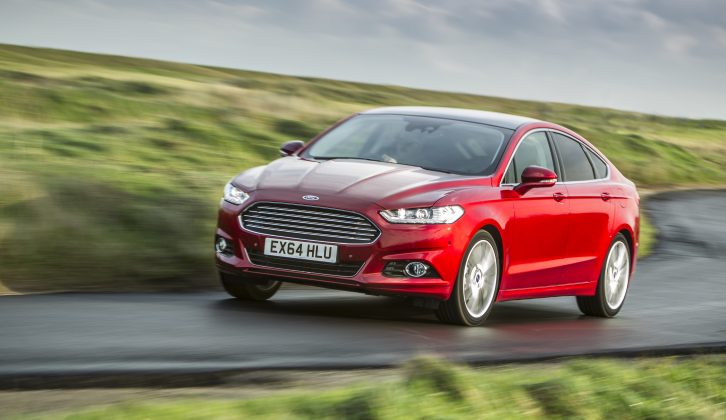 The new Ford Mondeo almost needed a facelift before going on sale. Delays in shifting production from Belgium to Spain mean Ford’s most important new tow car of 2015 is in UK showrooms three years after the equivalent car went on sale in the US.

Ford says it has made the most of the delay to further refine the car and prepare the hatchback, saloon and estate bodystyles for launch at the same time. I’ve spent a day driving the new Ford. That’s enough for a first drive review but it will take longer – and of course pulling a caravan with one – to find out what tow car ability the new Mondeo has. However, first impressions are that the new Ford has been worth the wait.

Ford’s engineers have the knack of making family cars which are fun to drive, and the Mondeo shows they haven’t lost their touch. It corners eagerly with plentiful grip and a sense of balance which few rivals match. Perhaps the steering is a little too light, but from the driver’s seat it’s certainly a worthy rival for the new VW Passat.

In fact, the new Mondeo has some important advantages over the Volkswagen, especially for drivers who don’t cover enough miles to justify the extra expense of a diesel. Whereas the Passat is only available with diesel power, Mondeo buyers have a choice of two EcoBoost turbocharged petrol engines, one with 160PS (158bhp) and one with 240PS (237bhp).

I drove the 160PS 1.5-litre, and was thoroughly impressed. It’s a refined and smooth engine, with far more mid-range punch than you’d expect of a petrol. The Mondeo hatchback with this engine has a kerbweight of 1485kg. However, the legal towing limit on a 12% gradient is a modest 1250kg. Provided your van makes a legal match, the EcoBoost engine should prove strong enough for towing duties.

Regular caravanners are more likely to go for diesel power. The diesel line-up starts with a 115PS (113bhp) 1.6-litre ECOnetic diesel. Unfortunately this car has a token towing limit of 400kg, ruling it out for caravanning.

That means stepping up to the 150PS (148bhp) 2.0-litre diesel version of the new Ford Mondeo for your caravan holidays. It has 258lb ft of torque, which should prove enough to comfortably pull any mid-sized tourer. In hatchback-guise, kerbweights start from 1578kg, giving an 85% match figure of 1341kg. The legal towing limit is 1800kg.

There’s a more powerful diesel with 180PS (178bhp), plus an intriguing hybrid version which isn’t homologated for towing. More engine options – and four-wheel-drive models – arrive in the spring.

Whatever engine is chosen, the Ford Mondeo remains one of the biggest cars in its class. That means there’s lots of space inside, with plenty of room for adults to get comfortable in the back, even if they’re sat behind someone tall. Air vents between the two front seats keep those in the back cool or warm as required, and there’s some innovative safety technology – inflatable rear seat belts, which better spread the load of an impact than regular belts, are a £175 option.

The cabin is well screwed together, but here and there the finish looks and feels more workmanlike than in the new VW Passat. That’s not to say that the Ford’s cabin is shabby, but the Volkswagen’s has more showroom appeal.

Boot space is another area in which the Mondeo loses out to the Passat. The Mondeo hatchback has 541 litres for bags with the rear seats upright (that figure applies to cars with a space saver spare, which is the standard puncture provision in the UK). The Passat saloon (there’s no hatchback) has 586 litres.

The difference is bigger still if you compare the estates. The Mondeo estate has a 500-litre boot with the standard space saver spare (the 525-litre capacity quoted in most Mondeo reviews applies to cars with a tyre repair kit), whereas the Passat has a 650-litre boot. That’s a significant advantage if you opt for the VW.

As well as having more room, the Passat makes it easier to make the most of the available space since there are levers either side of the tailgate to lower the rear seats. In the Mondeo, you have to pull catches on the seats themselves. Not a deal-breaker, perhaps, but it means folding the back seats in the Passat is more convenient.

In most respects, though, the new Ford Mondeo and Volkswagen Passat appear to be closely matched. We’ll find out which is the best family car for your caravan holidays when they go head-to-head at this year’s Tow Car Awards.