Read our blog and our Kia Sorento review, to reveal why it’s a good and dependable tow car 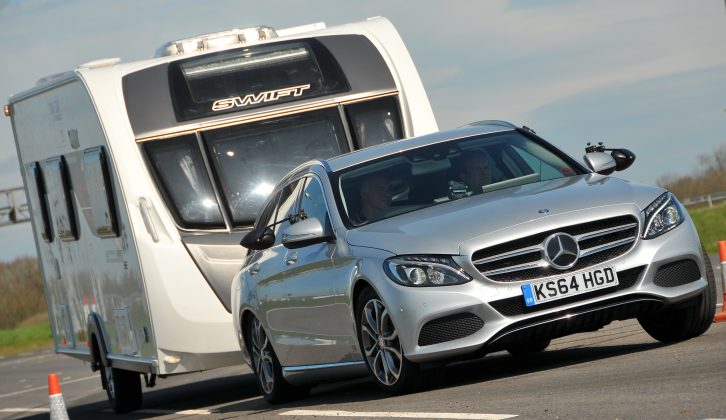 In general, prestige marques didn’t do too well in this new study, Mercedes-Benz the best in joint fifth position Jaguar was only ranked 23rd in the JD Power 2015 UK Vehicle Dependability Study, but did well in class and is an impressive tow car

We love caravan holidays, but we don’t love breakdowns on tour. So we were pleased to see that when the results of a recent reliability survey were released, some of our favourite tow cars came out on top.

The survey in question was the inaugural JD Power 2015 UK Vehicle Dependability Study. That’s JD Power as in the people behind the annual, well-established and much-revered customer satisfaction survey, so just because it’s the first time this survey has been published should take nothing away from its credibility. Its results could be worth bearing in mind when you decide what tow car to buy next.

Cars were assessed and given a PP100 score, reflecting the number of problems experienced per 100 vehicles – the lower the score, the higher the ranking. The survey measured issues experienced in the last 12 months by the original owners of vehicles in the UK after 12-36 months of ownership. An impressive 177 different symptoms were investigated, organised into eight categories: vehicle exterior; engine and transmission; driving experience; seats; features/controls/displays; audio/communication/entertainment/sat-nav; heating, ventilation and cooling; and vehicle interior.

Given the comprehensive nature of this study, it was heart-warming to see Škoda come out on top, scoring 77 PP100. Why? Well, our long-term Škoda Octavia Scout was popular with the Practical Caravan team and received a glittering four-and-a-half-out-of-five rating when our tow car expert David Motton put it through its paces on tow, both on road and on track. Not only that, but back in 2013 we crowned the Octavia the winner at our annual Tow Car Awards, plus in 2014 and 2015 it triumphed in the Up to 1400kg class, the Superb also scooping class wins in 2009 and 2010.

In silver medal position is another brand we’ve enjoyed towing with, Kia, which scored 83 PP100 in this latest JD Power survey. The original Sorento was a hit with caravanners and in our Motty’s recent review of the new Kia Sorento, he found so much to like about it that it received a strong four-star rating. And taking a look at our Tow Car Awards data, in 2013, the Kia Rio won the Best Ultralight Tow Car gong.

Rounding out the podium in the results of this new JD Power study is Suzuki, with a score of 86 PP100. While this isn’t a marque that’s ever taken silverware home from our annual Tow Car Awards ceremonies, our Suzuki S-Cross 1.6 DDiS Allgrip SZ5 long-termer is proving popular with the Practical Caravan team – look out for Motty’s full tow test soon.

Haven’t seen your favoured brand of tow car thus far? Digging deeper into this survey’s results reveals how tight the final figures were. Nissan, which was the overall winner at our 2014 Tow Car Awards with its Qashqai was ranked fourth, only a point worse than Suzuki, Mercedes-Benz and Toyota tied in fifth just another point away, each scoring 88 PP100 – all far outperforming the industry average score of 114 PP100. Indeed, Mercedes-Benz and sixth-placed Volvo (with 93 PP100) were the only premium brands that ranked above the industry average in this survey.

At the bottom of the pile in 26th place and with a score of 288 PP100 was Chevrolet, while Alfa Romeo’s 235-point score meant it ranked in 25th place, these the only two marques with scores in excess of 200.

Looking at the category results from the JD Power 2015 UK Vehicle Dependability Study most likely to concern caravanners, Mercedes’ C-Class was the number one mid-sized car, followed by the Volkswagen Passat and the Ford Mondeo. These last two were stars at this year’s Tow Car Awards, the Mondeo collecting the Best Petrol Tow Car prize, the VW Passat topping the 1400-1549kg and 1700-1899kg classes, as well as taking the overall award, so it’s pleasing to know they’ve fared so well in this rigorous dependability study. It also bodes well for us here at Practical Caravan, as our latest long-termer to arrive on the fleet is a brand new Ford Mondeo!

Over in the so-called ‘Large and Luxury’ category, another Mercedes, the E-Class, was the highest-ranked car, and we’ve consistently rated this as a four-star tow car over the nine years of our Tow Car Awards. The class runner-up was Jaguar’s XF, another car to shine at our awards, the Jaguar XF Sportbrake winning the 1700-1899kg category last year and the 1725–1899kg class in 2013, not forgetting the XF’s overall victory in 2012.

The time, effort and sheer hard work of the army of volunteers from The Camping and Caravanning Club together with the reams of data gathered by What Car?’s expert testers every year at our Tow Car Awards make the results ones we’re confident you can trust in and rely on. That this new JD Power study celebrates some of our awards stars is a reminder that if you’re wondering what tow car to buy next, our Tow Car Awards website is the place to go. Yes, we’re biased, but now there’s even more reason for you to believe us! How laptops can lead to fertility problems What can you do with a 1GB smartphone data allowance? What can I use to insulate the floor of my Lunar Lexon?