The Discovery Sport pulls strongly at all speeds and stays stable, even in lane-change manoeuvres 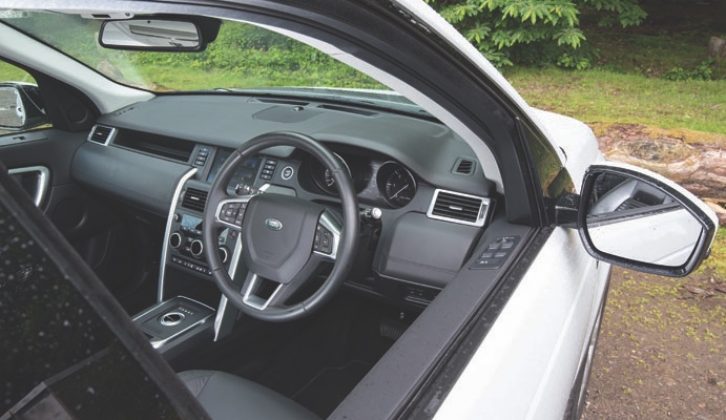 A pleasure to drive solo and a superb tow car, the Discovery Sport is an excellent buy 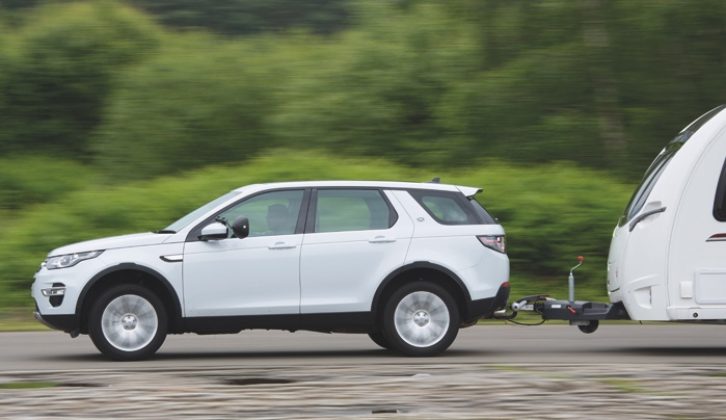 The Discovery Sport is a good solo drive and performs impeccably as a tow car, remaining utterly unaffected when hitched to a heavy trailer All models are well-equipped as standard, with climate control, cruise control and touchscreen There is plenty of space for luggage It’s plenty spacious for four people, though adding a fifth person will make everyone a touch more cosy than might be comfortable Leather upholstery makes the car easier to sell on

It’s fair to say that the old Freelander brought Land Rover motoring to the masses with its chic style, good running costs, off-road ability and, of course, the capacity to tow.

Times change, though, and in 2014, as Land Rover pushed upmarket, the Freelander name was no longer classy enough.

Hence the Discovery Sport, a car that’s classier and even more capable on- and off-road.

The good news is that it has been around for four years now, so there are many out there for those who want to tow in style.

Slightly oddly, the car was launched with a 2.2-litre diesel engine that previously saw service in the Freelander, the Ford Mondeo, the Titanic, the Ark – you get the picture.

But after about 10 months, it was consigned to the engine museums of the world and replaced by Land Rover’s new 2.0-litre Ingenium diesel engine, which is both punchier and more efficient. We would encourage anyone looking for a Discovery Sport to seek out one of these cars.

All Discovery Sport models are well-equipped as standard, with climate control, cruise control and a comprehensive touchscreen. Nevertheless, it’s worth seeking out cars with leather upholstery and metallic paint, both of which will make it easier to sell on when you decide to do so.

However, the Discovery Sport has another trick up its sleeve, and one that trumps most of its rivals – it has the option of seven seats. These cars are worth paying a bit more for.

As mentioned, the Discovery Sport was launched with a Ford-sourced 2.2-litre diesel engine. This was good in its day but that was neither yesterday nor the day before; which is why it’s worth searching out an Ingenium-powered example.

This engine is available with a range of power outputs, but the 148bhp is too slow and the 237bhp is likely more than you’ll need. Best stick with the 178bhp, which offers the best blend of power and economy.

There was a manual six-speed gearbox fitted as standard, with a nine-speed automatic transmission available as an option; the auto is far better suited to the car, and will better serve those who tow, because it keeps the engine in its perfect range for more of the time.

Land Rover did see fit to offer a couple of petrol engines – with 237bhp and 286bhp – which some might consider, given the current vilification of diesel, but we’d suggest the shortfall in economy would make them a folly for tow car buyers.

As a tow car, the Discovery Sport really is superb – in all our tests it has performed impeccably. It pulls strongly at all speeds, and is utterly unaffected when hitched to a heavy trailer. It stays stable even during violent lane-change manoeuvres, and it stops quickly and in a straight line.

Hill starts are nothing to fret about, as the electric parking brake takes care of things.

We would also recommend a four-wheel-drive model: your car’s ability on slippery campsite surfaces will be suitably enhanced.

As a car to drive solo, the Discovery Sport is certainly a pleasure. It rides well and body control is good, even though there’s more body roll around corners than in some rivals, such as the BMW X3.

There’s plenty of space for four people and their luggage, but adding a fifth will make everyone a touch more cosy than might be comfortable. The two rear seats are definitely for the children, or short trips.

All models have a touchscreen – which isn’t as responsive as we’d like – through which you can control many functions, including the Bluetooth audio and phone, DAB radio, and (where fitted) the sat-nav.

The Discovery Sport has been the subject of six recalls. Early cars had an issue with some glass bonding, which could fail. Some 2.0-litre models were then recalled because a fuel pipe that ran over the top of the engine could chafe and eventually leak fuel.

It’s rare for a vehicle to be recalled because of faulty recall work, but so it is with the Discovery Sport. After an earlier recall, the engine wiring harness was found to be rubbing against an engine mount, which could eventually cause a short circuit.

Next, Land Rover discovered a fault with the seatbelt pre-tensioners, so the car was recalled for remedial work.

The fuel tank assembly on both petrol and diesel models was found to be faulty, which could cause a leakage of fuel, hence the fifth recall.

The final recall was for a fault on the fuel rail, which could cause a fuel leak. Thereafter, any faults seem to be the sort that affect individual cars, although we have heard of a few reports of the trim in the central door pillar rattling.

Take your time to choose the right model and you won’t go far wrong with the Discovery Sport. It has everything you need, and lots you’d want; and it’s great to drive, both solo and hitched to a trailer.

There’s lots of space, plus the flexibility of those two extra seats. Add in the reasonable running and service costs, and you’re laughing. Just make sure all of the recall work has been carried out, and that everything works as it should.

Discovery Sports have fallen in price with age, but they’re still not cheap. You’ll need £19,000 to get into even one of the earliest cars, which will have the undesirable Ford diesel and a mileage akin to the International Space Station’s.

Punchy, at 0-60mph in 6.8 seconds, but an official 31.4mpg is likely to plummet in the real world, especially when towing.

As a tow car, the Discovery Sport really is superb - in all our tests it has performed impeccably.