For nine years, we’ve been helping you find out what tow car is the best buy In the Up to 1400kg category, the Škoda Octavia scooped the top prize 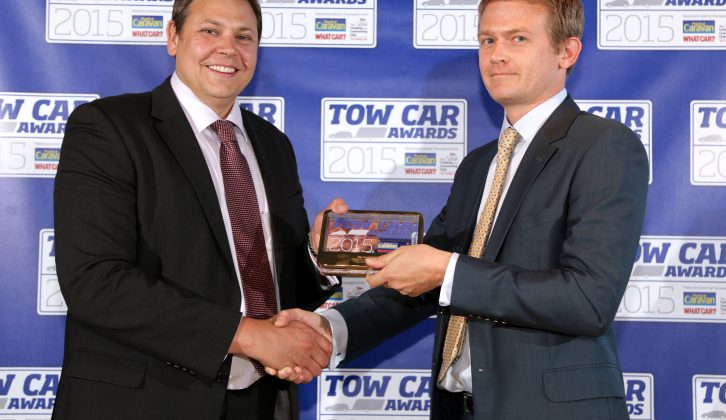 Collecting the award for the Cactus was Mike Wilson Out of the 37 cars tested, this Volvo V40 won the Green Award 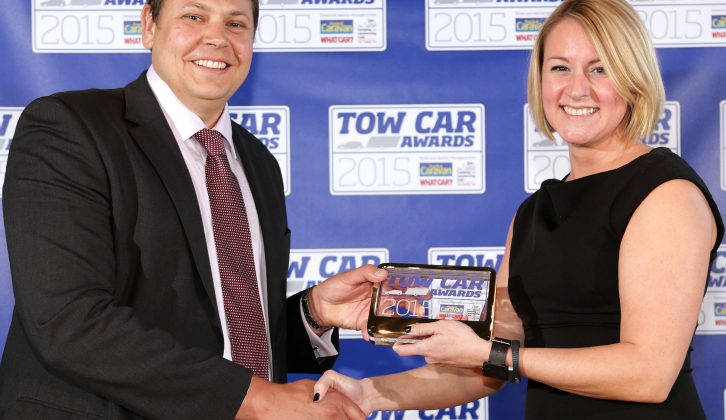 Last night at The Sculpture Gallery, Woburn Abbey, we revealed the winners of our Tow Car Awards 2015.

Now in its ninth year and with over 400 cars having been put through the rigours of the Awards testing to date, this is still the best point of reference for consumers considering what tow car to buy, whether you’re looking to tow a trailer tent, a micro caravan, a family van, a twin-axle tourer, or anything else. The combined forces of Practical Caravan, What Car? and The Camping and Caravanning Club, with sterling support from Swift, Witter, Al-Ko and Milenco, ensure the comprehensive testing process delivers trustworthy results buyers can rely on.

Finally, it was time to reveal the overall winner for 2015. And for an unprecedented third time in the history of the Tow Car Awards, our best tow car was the Volkswagen Passat, in 2.0 TDI BMT 150PS SE Business DSG guise.

“In terms of towing ability, the VW Passat is outstanding,” said Practical Caravan’s Tow Car Editor David Motton, adding, “the VW does just about everything well.”

This year, 37 cars were put through their paces during the test week in April, held at MIRA, to determine our winners. You can read about all of 2015’s contenders right now on our dedicated Tow Car Awards website – and, new-for-2015, it is fully responsive, so you can enjoy all our reviews since 2007 on your smartphone or tablet, too.

Head to the Tow Car Awards website to learn how we test the cars, to find out how to choose a tow car and to get help finding your next tow car, thanks to our Tow Car Chooser.

You also will not want to miss the bumper August 2015 issue of Practical Caravan magazine, on sale 18 June, which is a Tow Car Awards special.

Our best tow car was the Volkswagen Passat